The 2020 Cambrian Rally is set to take place on the 8th February 2020 and again will be located in the coastal town of Llandudno.

There will be some new longer stages for 2020 as part of the BRC and BTRDA championship.

In 2019, reigning British Rally Champion Matt Edwards took a sensational victory on home soil as he kick-starts his title defence in the best possible style by wining the Visit Conwy Cambrian Rally. Along with new co-driver Patrick Walsh, the M-Sport driver won the opening round of the season in fine style by winning the Llandudno-based event by 26.5 seconds.

The 2019 British Rally Championship got underway at the weekend (16 February) with the spectacular Visit Conwy Cambrian Rally providing the exciting season curtain raiser. New for 2019 was the Service Park, right in the heart of Llandudno town centre – bringing Britain’s premier rallying series closer to the shoppers and café goers in the seaside resort. From the town centre start, the BRC crews ventured into ten legendary Welsh forestry stages, with 60 competitive miles providing the opening round gauntlet.

Defending champion Matt Edwards clinched the 2018 title on Wales Rally GB four months ago and returned to the scene in 2019 looking to clinch his first Cambrian Rally and get his defence up and running. The Welshman wasn’t the quickest out of the blocks on the first stage. That honour went to sparring partner David Bogie. The Scotsman drew first blood and was determined to take the fight to Edwards. However, Edwards was not going to be beaten in his own backyard and on stage two he began his march and took the lead on the Alwen stage.

Bogie rolled out of the first round last year and was determined to get his season underway with a bang. The Flying Scotsman strung a solid day together behind the wheel of his Czech machine and claimed a fine second place after a ding-dong battle with Tom Cave.

Cave returned to the BRC after a years absence and brought the Michelin-shod Hyundai i20 R5 to the Welsh stages. On his home BRC event, Tom pushed the previous champions to the limit and traded times with Bogie in the fight for the rostrum positions. Going into the night stages Cave trailed Bogie but turned the tables after the first test under moonlight. However, disaster was to strike the Welshman as on the final stage, two punctures dropped the Hyundai driver down the order. With no more spares in the car, he and Dale Bowen were forced to retire – unable to get back to Llandudno.

Marty McCormack and new co-driver in the BRC Barney Mitchell were in a solid fourth all event and profited from the misfortunes of Cave to take the final podium in their Skoda Fabia R5 on the final stage – making it a lock-out for Pirelli tyres and McCormack’s first BRC podium since the Scottish Rally in 2017.

Series returnees Desi Henry and Liam Moynihan in their Skoda Fabia R5 made a welcome comeback and took fourth while 2018 Irish Tarmac Champion Josh Moffett clinched fifth. Both will be pleased to bag some early points before the next round on the Tarmac in West Cork, Republic of Ireland.

Irishman James Wilson won his first Junior BRC event after an explosive battle in the front-wheel-drive R2 category. The Peugeot 208 R2 driver kept his head down and minimised the mistakes and under the watchful eye of 2014 BRC co-drivers champion Arthur Kierans, the pair took to the Ceremonial Finish and scooped £2,500 from Peugeot UK and Total.

William Creighton and Liam Regan suffered a puncture on stage five but undertook a monumental fight back to clinch second in their 208 R2 while Marty Gallagher and Dean O’Sullivan rounded out the top three in another 208 R2. In other news, John Morrison and Peter Carstairs suffered differential problems early on but nursed the Kumho Mitsubishi Evo 9 to the National Rally Cup honours. 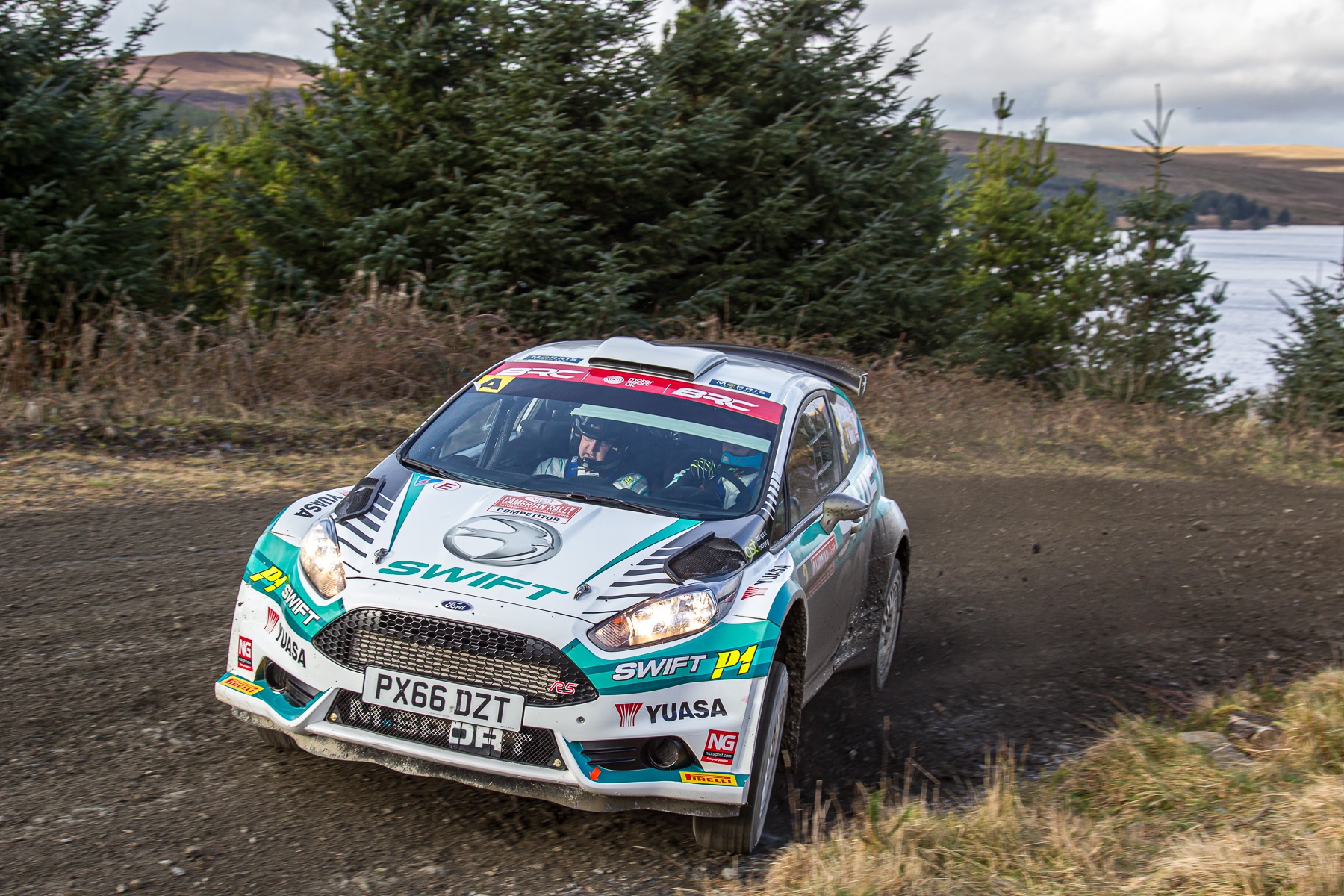