A little bit of history

Formed in 1955 the North Wales Car Club was born out of the Llandudno Aero Club which accidentally destroyed it’s one and only plane. The group was becoming interested in cars and met in Llandudno to form what has now become one of the premier clubs in the North-West. 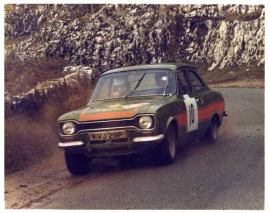 Early days saw Driving Tests as the main competition, but these were not the type associated with L-drivers – these were what we now call Autotests; and involved manoeuvring cars in and out of garages made from bales, but with timing to ensure there was a winner. Road Rallies were popular, being long all-night events requiring a reliable car, reliable driver and, above all, a very reliable navigator whose task it was not only to ensure the correct route was taken, but also calculate the due times to an accuracy of one second! 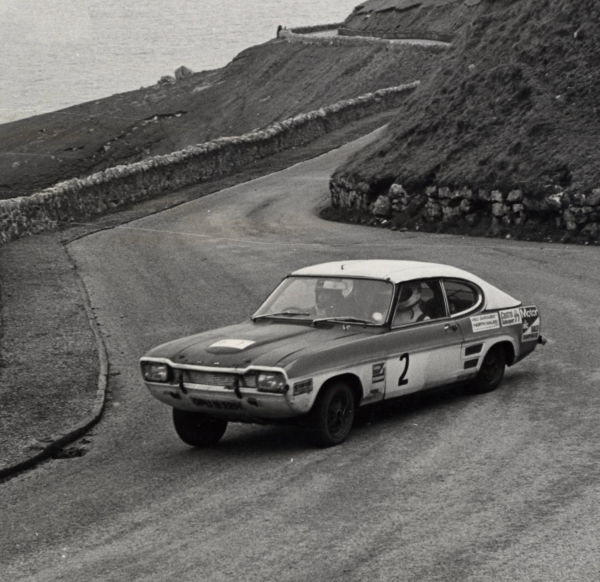 The club’s premier event, the Cambrian Rally, was started soon after the formation of the club although precise dates are sketchy. After a few years the event became one of the top road rallies in North Wales and has continued that tradition ever since. During the late 1960’s and early 1970’s the Cambrian was a round of the Motoring News Rally Championship, which comprised the best road rallies in Britain. The transition to a forest event happened in 1977 when the stages were all run in Clocaenog Forest along with the now almost obligatory Great Orme stage.

Trials were tackled early in the club’s history. Trials are arguably the oldest form of motor sport, and almost certainly the cheapest. The Standard Car Trials of the clubs early days meant competitors meeting at a predetermined place, then setting off on a route that would include some slippery hills and sections on bridle-paths and suchlike. These events became the Production Car Trials that we know today, but one event has survived throughout – the Cymru Trial. This event dates back to 1958 and has been a round of the BTRDA series for most of that time. It is now also a round of the British PCT Championship.

The club has run a top Autotest during most of its’ years, including events qualifying for the British Championships, but the use of supermarket car parks has been curtailed since the opening of stores on Sundays. Early Driving Tests were held on such venues as Llandudno’s West Shore Promenade in front of huge crowds! 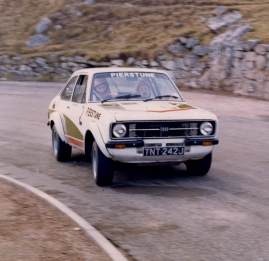 The club can boast a number of British and Regional champions amongst its members, past and present. Then Treasurer Gerry Evans won the British PCT Championship in both 1969 and 1970 driving an Austin 1300. Gerry went on to become only the second President of the Club following the death of founder President Albert Braid. In the same championship but many years later, 1996, a class win in the British Championship was recorded by 16-year-old Neil Thomas in a Mini, our youngest-ever champion.

The Welsh Road Rally Champions in 1967 were David Williams and David Rogers-Jones in a Mini Cooper, representing North Wales CC, whilst Colin Mack won the same Drivers Championship in 1974, following this by winning the Welsh Stage Rally Championship the following year, the first year that the series was held. Partnering him in the Red Garages Avenger was Dave Thomas who also won the Road Rally Navigators title in 1977 partnering Dennis Pollington, a Wirral driver who represented NWCC, in an Escort RS. 1977 also saw North Wales CC win the Welsh Club Championship, the first time that a Northern club had won the trophy!

As well as the Welsh Association, the club is also a member of the Association of North-Western Car Clubs where the club championship was won by NWCC every year from 1974 to 1984 inclusively, losing briefly to Stockport but regaining the title in 1986. The club has never been outside the top nine in the ANWCC Club Championship since the championship was introduced in 1973! 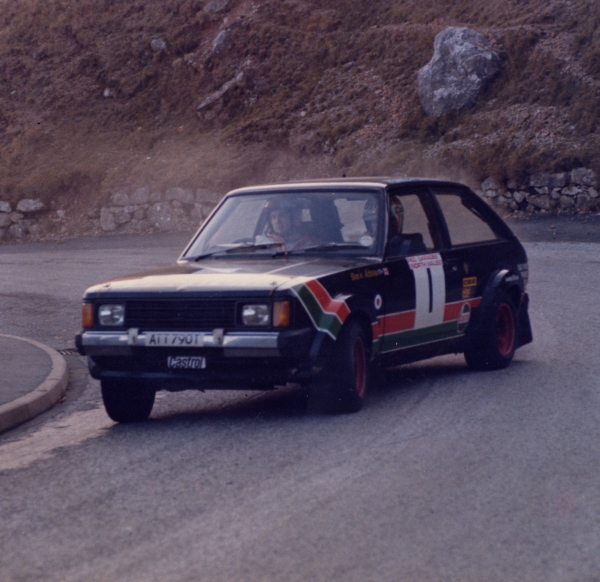 In the ANWCC Novice Championships Rob Dick took honours in 1999 in his Escort whilst Julian White won in 2000 in a Nova, Julian’s father being former club chairman Roy White, an expert trial’s driver in the 1970’s. The Forest series sees Lyndon Jones and John H Roberts top of the list for 1986, whilst Neale Lewis-Jones, owner of Dee Jays and current sponsor of the Cambrian Rally, won in 1996 in his Peugeot 205 GTi.

The club has been well represented on Association administration panels, with Geoff Flint, former club Secretary, also Secretary of the Welsh Association for some years during the 1970’s. Glynne Edwards was a member of the RAC committee in the 1960’s. Former Secretary Dave Thomas has been Championship Secretary of the North-Western Championship since 1984 whilst former Chairman Allan Dean-Lewis MBE was General Secretary of the ANWCC for almost 25 years before being promoted to his current role of Training & Development Executive of the MSA.

More recently NWCC members have been seen competing in the Formula 1000 championship, with the Minis of the Nieroda’s and Rob Jones both gaining trophies in its first year. Class winners such as Mark Jones and Matt Edwards in the ANWCC awards. And as far as events go, the DeeJays Cambrian Rally won best event in both the ANWCC and WAMC categories.

The club recently celebrated its Golden Anniversary year and is proud of its history in organisation, administration and competition. The membership ranges from teenagers through to pensioners and caters for everyone interested in motor sport. If you have any nostalgic information our Dave Thomas would be pleased to hear from you. Of special interest would be results and photographs from the early events, along with anecdotes – thanks!

Today the NWCC is made up of a number of individuals that are passionate about Rallying and Motorsport. The club was founded in 1955 and runs a number of competitive and non-competitive events throughout the year.

Our premier event is the Cambrian Rally, attracting around 150 crews for a day of fierce competition in the renowned Welsh forests of Clocaenog and Penmachno. The forests of North Wales are synonymous with rallying especially the Lombard RAC (now the WRC) back in the late eighties, with legendary drivers such as Stig Blomqvist, Markku Alen, Per Eklund and Juha Kankkunen. In 2009 the club secured World Rally Championship (WRC) drivers Mikko Hirvonen, Mads Ostberg, Steve Perez and Nasser Al-Attiyah who all competed on the event. The Cambrian has won numerous awards in the past few years, from the BTRDA, ANWCC and Welsh Association of Motorsport.

Our Cymru Trial is a qualifying round of the British Championship and is, like the Cambrian Rally, as old as the club itself. The Ranges Stages has been run for the past few years at the Trawsfynydd Motorsport complex, the narrow tarmac roads providing a stiff challenge for the rally crews. In addition we run monthly Navigation Runs or Treasure Hunts not as serious but good training grounds for budding rally navigators, and where the whole family can take part.

It's not just all about competing and rallying there’s also a very good social side to the club, we have quiz nights, bowling, awards evenings and other social events. Check out the club event diary for more information.