Francis, and co-driver John H Roberts from Colwyn Bay, headed the championship contenders from the opening stage of the event with the only reported mishap being a spin on stage 2 which cost him 20 seconds while he rocked his car off a bank.

Hugh Hunter and co-driver Andy Marchbank were taking things steadily on their first outing in a Ford Fiesta R5. Hugh reported that conditions were more slippery than he had anticipated but they would have an untroubled run to second place among the Championship contenders.

Bob Ceen claimed the drivers’ title on the previous round, the Woodpecker Rally but the Malvern driver, who grew up on Anglesey was keen to see co-driver Bull also take that title. A steady run, punctuated by a quick spin on Stage 2 saw him succeed in that as they took third place.

Dylan Davies returned to rallying this season after an 18 month break from the sport. The Llanon driver’s reward for consistently finishing among the top contenders in the series is the runner-up spot in the drivers’ championship with co-driver Llion Williams, from Caernarfon, also finishing second in the co-driver standings.

Having led the series prior to the Woodpecker Rally, Paul Davy and co-driver Roger Allan finished fourth overall in their respective championships. However, despite retiring from this event with gearbox problems after three stages, the Worcester duo took the Group N title for less modified cars.

John Baker was competing on the rally on his 60th birthday. With co-driver Siobhan Pugh tackling her 60th rally they finished in 60th place overall. That was enough to secure the two wheel driver title for the Ellesmere driver as he finished two points ahead of Corwen’s David L Roberts.

John and Siobhan were in a close battle with Chris Nixon and Ian Jones until the Delamere driver was forced to retire his Escort with gearbox problems before the final stage. Nevertheless, Ian, from Abergele, takes the two wheel drive co-drivers’ crown.

Although Morgan Handford, from Pontyclun, had already secured the junior title for drivers under 25 there was still a fierce battle going into this event for top junior co-driver. After narrowly missing out on the honour in 2014 it was Caron Tomlinson who took the 2015 honours, the Penmachno co-driver partnering Owain Rowlands from Ffestiniog on his first stage rally.

With the top three Welsh championship competitors all coming from North Wales and the Overall champion, Group N and two wheel driver winners all running the Championship sponsor’s tyres, the Cambrian Rally was a fitting conclusion to the 2015 Pirelli MSA Welsh Forest Rally Championship.

Champions Bob Ceen and Andy Bull will be back in the town next month, however, taking on the world’s finest drivers on Wales Rally GB. As part of their Welsh championship prize they receive a free entry to the World Rally Championship event from event organisers IMS under their Road to Wales initiative. 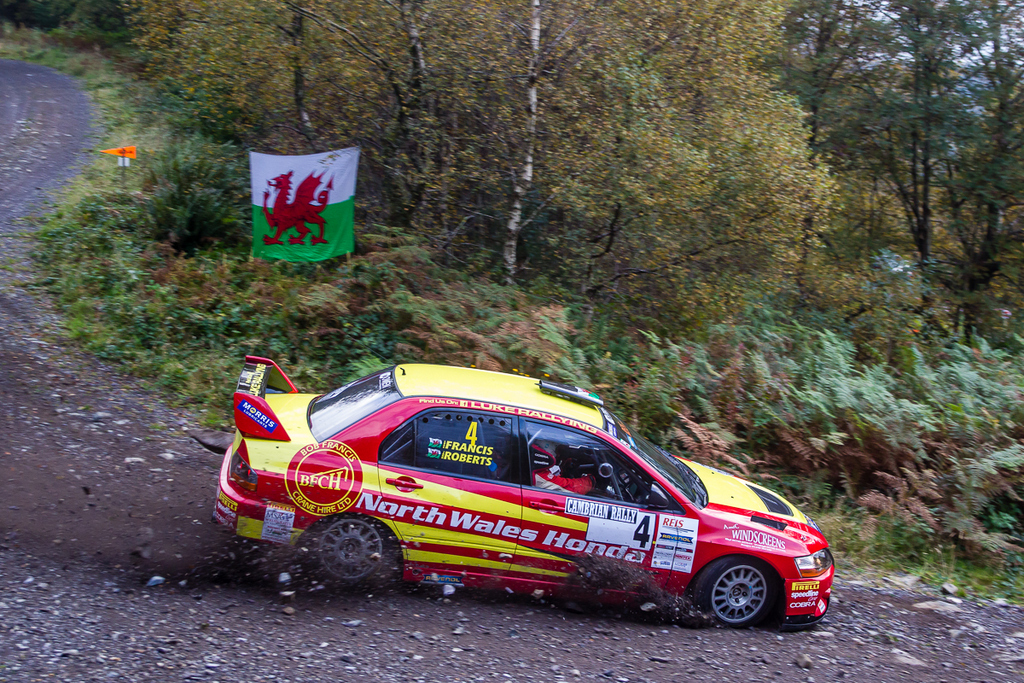